One day trip by car

Iya is one of the three mysterious lands in Japan.
The sightseeing course includes Kazurabashi, must-see places in Oboke・Iya like Hinoji Keikoku and Shobenkozo, and Biwanotaki, where the tragic story of Heike clan is hidden. We are sure that you will find a place that you like. 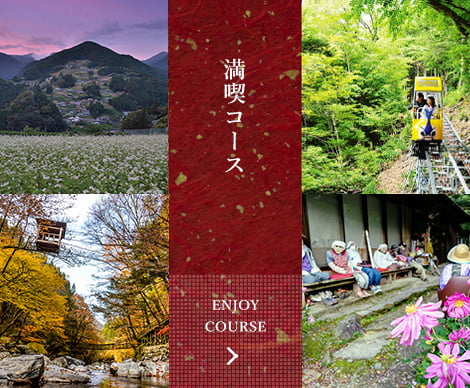 Two days and one night trip by car

"Oku-Iya", another secluded region where the defeated and fleeing Heike warriors remain.
Introducing a course that will take you to "Ochiai Village", which is designated as a national preservation area of important traditional buildings, as well as the "Higashi-Iya Museum of Local History and Folklore," which exhibits the Heike clan's lives, and other places where you can learn about the old nostalgic scenes and history of ancient mountain villages. You will also be able to go around to visit marvels of nature such as "Oboke and Koboke," and "Iya Valley." Experience a peaceful mountain life for yourself. 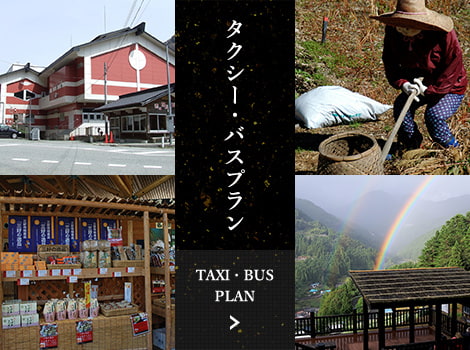 One-day trip by taxi or bus

If you are not confident in driving, we recommend our one-day sightseeing trip by taxi or bus.
We offer plans that put together the fee and calculate the time involved in the sightseeing course.
Please check for a comfortable well planned trip. 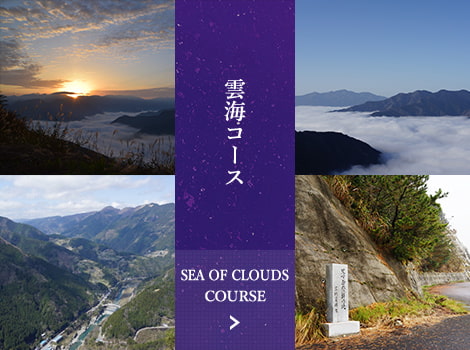 Fog from the Yoshin oRiver creates the sea of clouds in Miyoshi City. You can also enjoy the view of Oboke・Yoshino River and Kochi side, as well as take pictures of the sea of clouds. We offer many sightseeing courses so please contact us.