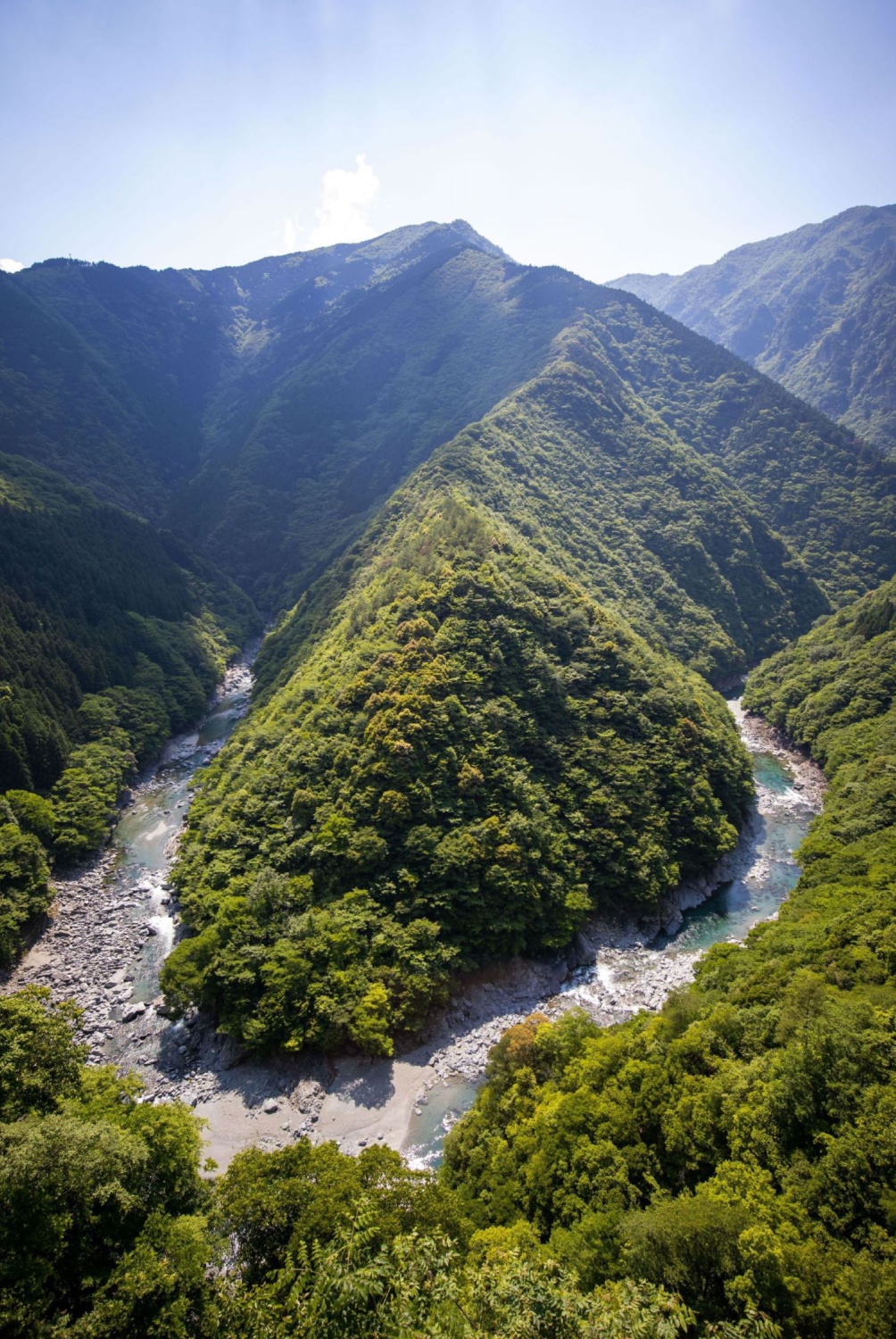 Iya Valley and The Statue of a Peeing Boy

One of the highest accessible points in Iya Valley, the sheer cliffs of this gorge were carved by generations of the Iya River's flow. This majestic valley is known as "Hi no Ji Valley" for its resemblance to the Japanese letter "hi". The valley spans 20 kilometers, offering views of brilliant fresh green in spring and a spread of fiery foliage in autumn. Experience a dizzying beauty as you gaze down at the emerald current of the Iya River, winding along the mountain curves.

As a symbol of innocent courage, a statue of a peeing boy was constructed at the edge of the nearby precipice, the most perilous spot in Iya Valley. In the old days, it's said the local children would stand on this cliff and urinate into the ravine to show their bravado.