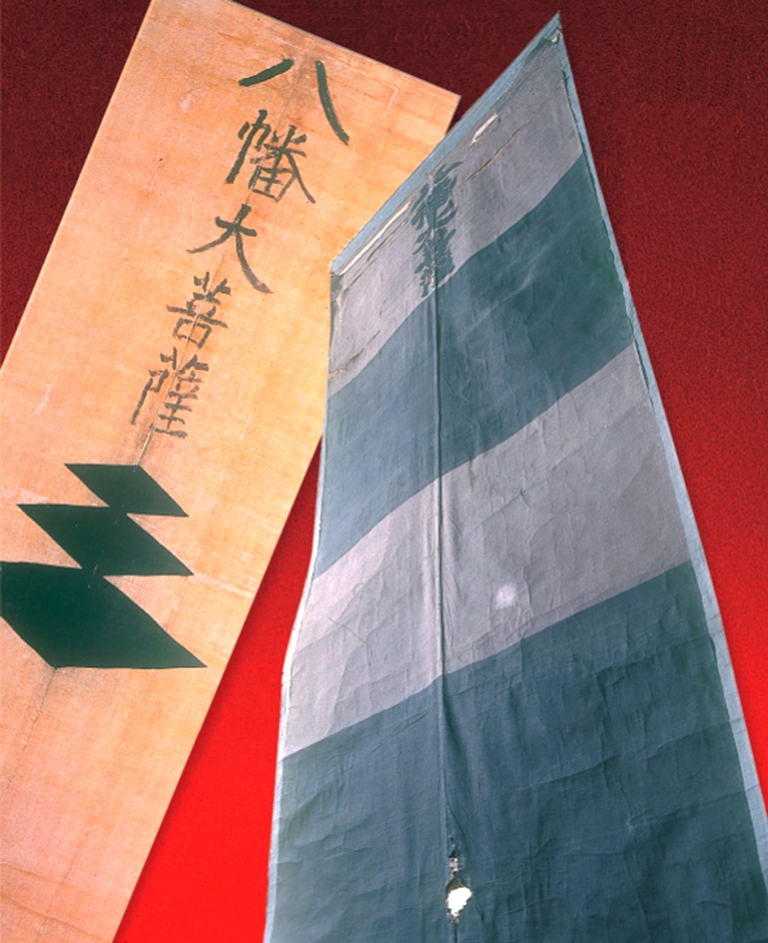 Description from Jifuku-Jizo (A stone statue of Jizo)
Kunimori Taira, the second son of Norimori Taira took the road to Iya to escape and lay the young Emperor Antoku after losing the battle at Yashima between the Genji Clan and the Heike Clan in the 3rd year of Juei Era (1180). The fleeting party stayed the night at the Jifuku-Ji (Temple) in Ikawaya and the party of 36 departed next day. They left a pair of red and white flags there, which were discovered in Showa Period (1926-1988). The Asa family in Iya also has a red flag in exact same size. The white flag of Genji Clan displayed next to that of Heike could go back to the Nanbokucho Era (North and South Imperial Court Era) and if that is the case, this red flag may also belong to the same era. Nonetheless, they were both relics of the battle at the Yashima and those flags being displayed next to each other now symbolize the unity of peace.

Holiday
Tuesday （Next day if it is a national holiday）

Access
Get off the express way at Ikawa-Ikeda IC→Take the National route 192 towards Tokushima→Take the Prefectural road 140→Jifuku-Ji (The journey takes approx. 20 minutes by car.) From JR Awa-Ikeda Station, take the Shikoku-Kotsu bus bound for Iuchi-Baba and get off at the last stop (Takes 30 minutes）→5 minutes walk to Jifuku-Ji