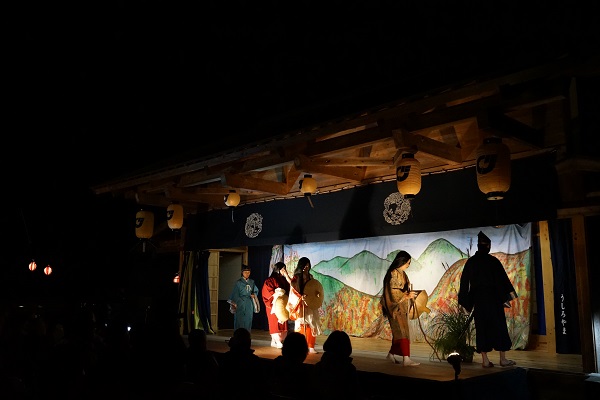 Furumiya shrine enshrines the Princess Karauta. The legend says that Princess karauta fell in love with the first imperial prince (Ichinomiya-Takayoshi-Shinnou ) of Emperor Godaigo, but died soon after giving birth to a baby in Iya. Later, she came to be worshiped as the Deity for easy and safe delivery and there are many visitors paying homage at a shrine.

Every year on the 2nd Sunday in September, the Furumiya shrine festival is held from around noon.

Parking lot
No parking lot, but 4-5 cars would be possible to park in front of the shrine.