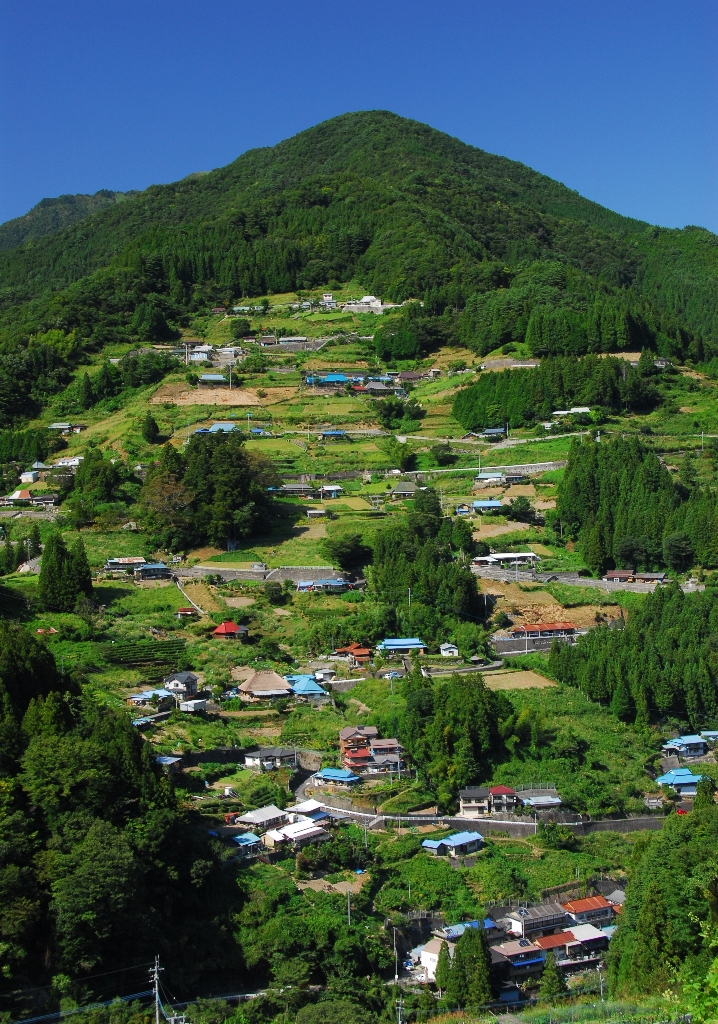 This community is located in the heart of the Higashi-Iya Valley; a beautiful hamlet built into the mountainside. The homes here were constructed during the middle of the Edo period (circa.1700), up until the Showa period (circa 1930). It is unknown when the first settlers arrived here, but there are many legends and folklore of the Heike clan and frontier settlers making their homes in Ochiai. Villagers live at an elevation of 390 meters on a steep hillside, and the village itself was formed by stacking stones to make walls. There is an impressive and ancient air to this mountain hamlet and a natural beauty you simply can't encounter anywhere else.

Designated in 2005 as a national preserved heritage site.